City of London Sinfonia (CLS) is the orchestral home to over 40 outstanding professional musicians who come together in the shared belief that music has the power to transform the lives of people across all areas of society. They bring a distinctive, seriously informal style to everything they do, breaking down the barriers between their musicians and audiences – whether performing on a world-famous music stage or sharing musical, creative experiences with residents in care homes and hospital schools.

Led by Creative Director and Leader Alexandra Wood, CLS conceives and delivers innovative artistic programmes with associate partners and artists, including project leaders with specialist skills, musicians in classical, jazz, folk and contemporary music, and artists in film, dance or visual art. The imaginative concepts and themes – often relating to science, nature, history or philosophy – influence and inform their wellbeing and education projects just as much as their concert series, bringing the adventure, intrigue and enjoyment of these programmes to all their audiences.

Last Season, CLS celebrated 30 years of inspiring wellbeing and education work in their year-round participation programme of ‘in-the-moment’ and creative music-making projects. CLS musicians are at the heart of the programme, working alongside specialist workshop leaders in the planning and delivery of projects in a range of settings including care homes, hospital schools, hospices and in mainstream education. Musicians also lead the Comfortable Classical relaxed concert series, in partnership with the Albany, Deptford.

CLS’s residencies include Bethlem and Maudsley Hospital School, working alongside young people (aged 8-18) who have severe mental health conditions, and Headway East London, a specialist day centre for people affected by brain injury. Participants work with sound artist Gawain Hewitt and CLS musicians to create new music in response to the Orchestra’s artistic programmes. In May 2019, the participants’ compositions – inspired by the Orchestra’s Absolute Bird concert series – were recorded and featured within sound installations, which audience members were able to interact with at concerts.

Alexandra Wood has won major prizes at International Violin Competitions including Wieniawski, Tibor Varga, Lipizer and Yampolsky. Alexandra graduated from Selwyn College, Cambridge before going on to the Royal College of Music in London, where she was President Emerita Scholar and studied with Itzhak Rashkovsky. She then held the Mills Williams and subsequently the Phoebe Benham Junior Fellowships.

She has given performances for numerous International Festivals (including Cheltenham, Bath, and Aldeburgh) and also in London at the Wigmore Hall, South Bank, Kings Place and live on BBC Radio 3.

As a concerto artist she has performed with orchestras such as the Philharmonia, City of London Sinfonia, and the OSJ. She has given the premiere of violin concertos specially written for her by Hugh Wood (2009) and Charlotte Bray (2010). Leader of Birmingham Contemporary Music Group (with whom she has appeared at Carnegie Hall) she also regularly guest-leads other ensembles including London Sinfonietta, Aurora Orchestra, and Music for Ballet Rambert, and has collaborated with chamber groups such as The Schubert Ensemble and Endymion.

Alexandra has won many prestigious awards including the Worshipful Company of Musicians Medal, Maisie Lewis Award, Wingate Scholarship, Hattori Award and MBF awards. She was selected for the Tillett Trust Young Artists Platform, and won a Star Award from the Countess of Munster Trust.

Her CD of world premiere recordings -Chimera- was described as “splendid” in The Sunday Times, and in BBC Music Magazine as “agile, incisive and impassioned”. In 2009, the Associated Board of the Royal Schools of Music volume Spectrum for Violin, which she compiled, edited and recorded, was released. She has also recently recorded for NMC- two violin pieces by Oliver Knussen.

Alexandra plays a violin made by Nicolo Gagliano in 1767. This instrument was purchased with generous assistance from the Countess of Munster Trust, Abbado Young Musicians’ Trust and the Loan Fund for musical instruments. 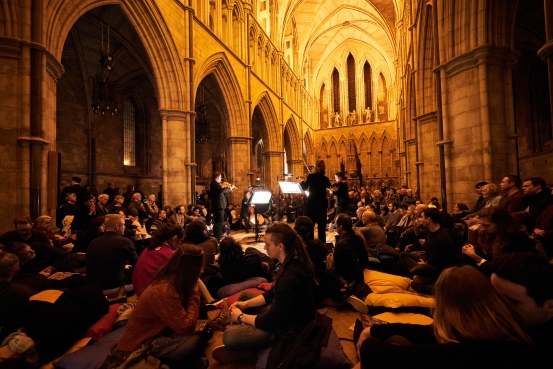 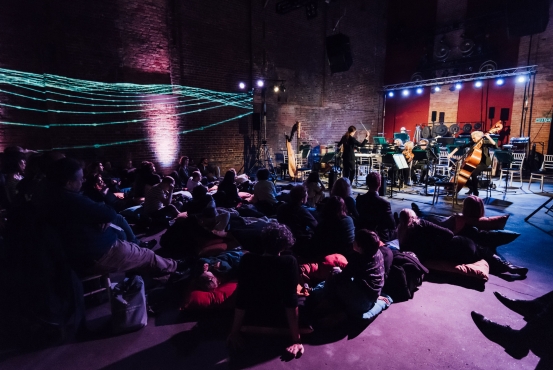 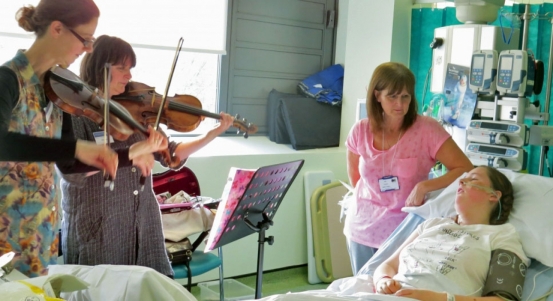 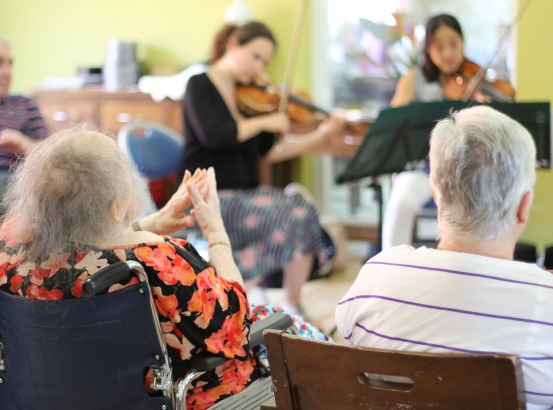 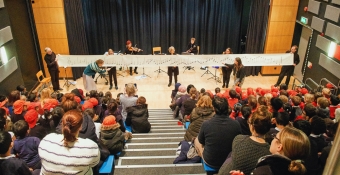